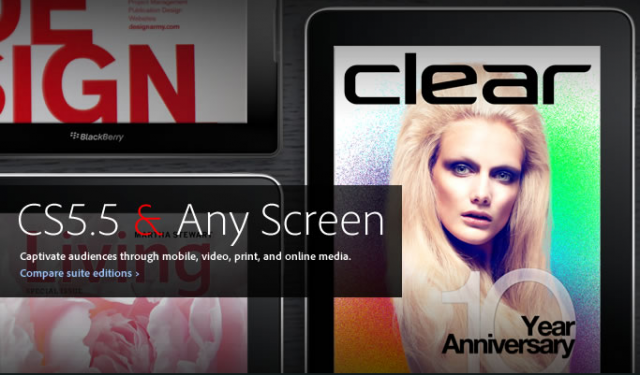 Adobe has updated its Creative Suite line of products from CS5 to CS5.5.  With the introduction of CS5.5, Adobe is shifting from an 18-24 month product cycle upgrade.  Instead, Adobe will now be release a major version update every 24 months and a mid-cycle upgrade every 12 months. END_OF_DOCUMENT_TOKEN_TO_BE_REPLACED